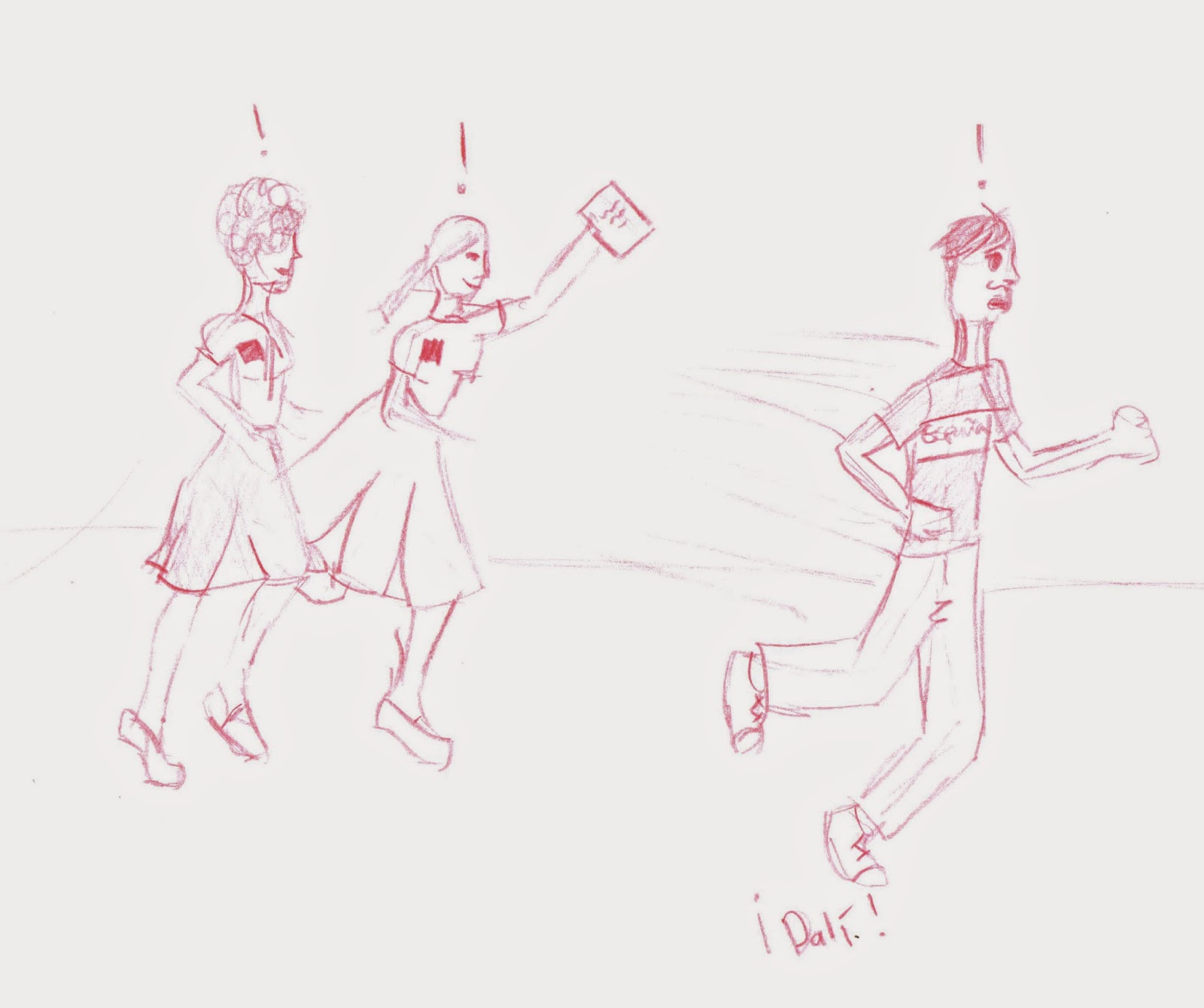 I´m not quite sure what happened this week, but I made a tremendous amount of progress. I have also felt suspiciously confident this week. I found that I´m not that afraid to talk to people... Including when they start yelling at me. For some reason, a lot of my fears are gone.
I´ve been teaching in lessons an equal amount as Hermana Sánchez, and I´ve been helping contact a lot. We were able to get a ton of contacts and teach a ton of lessons this week. I really feel like the Lord has blessed me tremendously. We´ve also been praying a lot to find new investigators, and we´ve found quite a few people to teach.
We have a new Elder in our area, Elder Wells. We really like him. He wants to work in a team, and he´s a hard worker and a very obedient missionary. So obedient, in fact, that we had this exchange the other day:

"Hermana Sánchez and I want to know what you want to do for Christmas. We were going to go to Villalba, and wanted to invite you to come with us. But you and Elder Roka are free to do whatever you want."
"Wow... That´s the sweetest thing a sister has ever told me!"
"Well... Uh... I mean... Hermana Sánchez and I want to make sure you feel included and have the invitation to go with us..."
"Normally the sisters just command me what to do. Thanks for giving me the choice!"

We had some surprises with our investigators this week. We had two, Mya and An, that we were going to drop because they just weren´t progressing. Nonetheless, we showed the act of faith by planning for them anyways. We planned on going to both of their houses with the intention of dropping them. But for some reason, everything changed. Both had told us that they wanted to progress.
Mya for one, told us that she was going to drop us, but she realized how good she felt everytime we came over. She said she had a sincere desire to change her life and be happier. (As a side note, her boyfriend, Luis, just lost his job, and they have two children. Please pray for them. Things are hard for them.)
Over the last month, I´ve been thinking a lot about Christmas. It´s my favorite Holiday, and this year I want to make it my best Christmas ever. I´ve been thinking about this concept of "He is the Gift." The savior has given me so much in my life. So much that there is no way I could possibly pay him back. One of the Elders was giving a spiritual thought yesterday and mentioned how missionary work matters more to the Lord than we can even imagine. I know the best way I can show my love for the Lord is by doing this work to the best of my ability. I feel lucky that I have this opportunity.
We had a few changes in our list of investigators this week. We dropped someone, but the Lord blessed us with a few new people:
Investigators: Ra, Sa, Fl, Os, El, Je and A and Da (Da is the little sister of A. They are a young couple, and are helping raise Da), An, Mya, Cn.
Recent converts and Less-Actives: Rl, Án, R, Je (Who just discovered a love for reading the Book of Mormon! He reads it late into the night and his testimony is growing so strong!), Eth.
I love you guys so much! I can´t wait until Christmas!
Posted by Kathleen Sykes at 10:37 AM