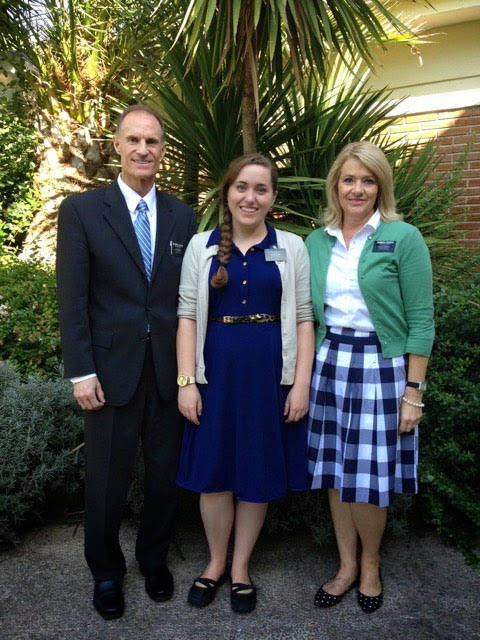 Post No. 1.  10/27/14:  My last evening in the MTC I used that story to try and uplift one of the missionaries going to Russia (James Christiansen´s mission). He was really struggling, and he believed that he didn´t have the social skills or Gospel skills to be a good missionary. I had him read the story, and I told him how I knew that he was exactly where the Lord wanted him. I told him that I loved him and that he was going to do good work in Russia. He had tears in his eyes. When I left the next morning, he told me he was going to miss me the most of all the Spanish speaking missionaries.

The field is AWESOME. I love it here. I was hoping I could surprise you guys, but either my credit card statement or mission president spoiled the surprise. Not quite sure which.

Nonetheless, I´m in Segovia! It´s the most Spanish thing I´ve ever seen. There is a super tiny branch of no more than 25 people. Nineteen came to church yesterday and this includes four missionaries. We need 150 people to make a ward... We seriously have our work cut out for us.

My companion is Hermana Sánchez! She´s 22 and from the south of Spain. She speaks some English, so we have some funny moments where we can barely understand eachother. We get along great! We´re a really great companionship, and she loves being my companion as well!

I can´t even begin to tell you how awesome I think she is! When I was in the MTC, I kept telling the MTC President that I really want to be the best missionary I can be. He would talk a little about the usual things that make a good missionary; then he would say that he doesn´t think I´ll have a problem with any of that; then end by saying "Wow! I really hope one of you gets Hermana Sánchez! She´s the best missionary I´ve ever seen!"

When the president told me that I was getting her as my trainer, I felt like I won the jackpot. I was thrilled!

The other two missionaries here are Elders Brewer and Roca. Elder Roca is on a mini-mission, a three month mission before he starts his real one. He´s a really good missionary. The four of us accidentally run into each other every day. This city is super small.

In other news, we have a baptismal date set for the 22nd of November. It´s the sister of one of our other investigators.

Post No. 2.  11/10/2014:  I forgot to tell you guys about my first impressions of Spain. In the area where I´m serving, it´s super diverse. A lot of the people here are from Ecuador and the Dominican Republic. And obviously there are a lot of Spaniards. One of the first things I noticed is that grandparents are super involved with their grandchildren. I almost always see children with their grandparents instead of their parents.

Also, the older generation likes to dress in casual suits any day at any hour of the day. I kind of like it.

Proselyting here is kind of interesting. When we´re not teaching, we´re typically street contacting. Normally, people think we´re Jehovah´s Witnesses or trying to sell them a copy of the Book of Mormon. Occasionally, however, we do have a good fortune of talking to someone who is really interested.

We´ve had an incredible week. We´ve been really diligent and obedient, and it has really paid off. On Tuesday, I went to Madrid to do exchanges. My companion was Hermana Whiting, who I actually met on Facebook in a group for sister missionaries. We had an awesome day together. We taught two people, Al and Jeff.

Al was interesting. She is from Hong Kong, and she was in Madrid for work. We taught her the Plan of Salvation and the Gospel of Jesus Christ. She was very open to both messages. She had really good questions, and really wanted to understand what we were teaching.

Jeff was really fun to teach. He has a great sense of humor. We started teaching him about the Word of Wisdom, but we got side tracked on part of the Plan of Salvation. This went on for a really long time, but finally the "teach people, not lessons" mode kicked in for me.

A lot of times, missionaries don´t have all the answers, but the scriptures do, and that´s what Jeff needed. I gave my testimony about prayer and scripture study, and how I know that all of life´s questions can be answered through them. Hermana Whiting did the same. I asked him if he would pray that night and search the scriptures for his answer, and he agreed.

After Sister Whiting and I got out of that lesson, she told me that it was a big deal that we committed him to pray. Apparently he never wanted to pray previously due to some bad experiences with his family. The fact he committed was a big step for him.

One of the things I´ve learned this week is that free agency has a lot to do with how receptive and how prepared someone is to hear our message. We have met a lot of people who are prepared to hear the message this week though. We could really tell how the spirit was working through these people. They had never heard of the message before now, but it seems as if they recognized it as we taught.

We taught a man named An this week. We taught him about the Restoration of the Gospel. He had a lot of the same questions as Joseph Smith: Which church is true? How will I know what church is true? He understood what we taught him very well and even said he would think about getting baptised. Hopefully we´ll meet with him towards the end of this week.

Yesterday, in church a man walked in during the last hour of church. Hermana Sánchez had met him before and so we started talking to him. He said there was something "magical" about us and wanted to learn more about the church.

We´re teaching a lot of people right now, and I wish I had the time to tell you about all of them! We even have a baptismal date for Rebecca. She´s a really special investigator.

We´ve also been working a lot with the members to look for more referrals. The work is really hard, but I never realized it could be so fun!

As far as spiritual thoughts go this week, I was reading In Alma 20 forward, and I love the story of the Anti-Nephi-Lehites. In Alma 23: 6, it talks about their conversions. It says as they were truly converted, they never fell away. They even buried thier weapons to show the Lord that they were truly penitent. Even when the Lamanites came to battle with them, they neither turned to the left nor the right (Alma 24:23) when the Lamanites came to kill them. They were diligent and steadfast in their conversion. They truly followed the doctrine of Christ and endured to the end.

I love you guys!
Posted by Kathleen Sykes at 9:53 PM